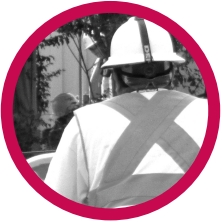 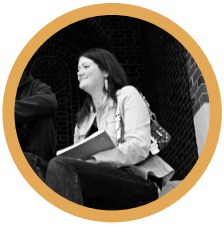 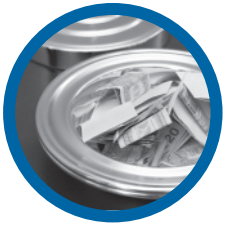 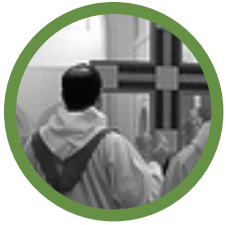 Staff and
Board
Training
Staff and Board Training to improve understanding of development principles throughout the organization. 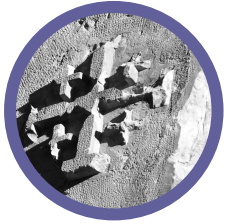 Six Questions to Ask When Choosing a Fundraising Consultant

1. How many face-to-face major gift solicitations has this person completed in their career?

The size of the firm is irrelevant to your success; it’s the individual consultant that matters.  You need someone with experience soliciting major gifts.

Surprisingly, few meet this qualification. This is one of the ‘little secrets' of the fundraising consulting industry: many of the larger firms hire people with minimal or no solicitation experience.

If you are impressed with a larger firm and their sales team, it’s necessary to ask specific questions: Who would you send me?  How many capital campaigns have they managed in their career--not just been a part of, but led.

Bottom Line:  Ask “How many face-to-face major gift solicitations has this person completed in their career?” This, above all else, will ensure that the person has the nuanced experience to advise you on day-to-day tactical decisions.

2. Prior to conducting a Fundraising Feasibility Study, will your Fundraising Consultant help you identify your most promising major gift prospects?  If so, how?

In most cases, a fundraising feasibility study is used to help set the financial goal for a capital campaign.

Be aware that many fundraising feasibility studies are, from the outset, destined to be invalid. Why? Lack of proper preparation. As much as 90% of total dollars raised in a capital campaign will come from the top 30 to 40 individuals. Therefore, you must first identify who these people might be, so that you can include them in the study. Only then will you have a valid fundraising feasibility study.

Sadly, in an effort to minimize their investment of time—and improve their profitability—most fundraising consulting firms sidestep this critical first step.  There is little if any effort to identify top campaign prospects.  Instead, they rely on the client to indicate who these people might be.  Consequently, clients often provide a list of ‘top prospects’ who have expressed great appreciation and fondness for the ministry, but not necessarily those who have the financial capacity to make a significant gift.  In many cases, this renders the study invalid and useless.

In stark terms, if the people interviewed for the study do not have the capacity to make a big gift, it matters little if they express love for your mission and the project.  To have a valid fundraising feasibility study, you must first identify your wealthiest 30-40 constituents—those who will ultimately be responsible for 90% of total dollars raised.  Those are the individuals that must be part of personal interviews for the study.

Bottom Line: If the firm’s proposal for a Fundraising Feasibility Study does not include provision to first identify your wealthiest prospects, you may be headed for an invalid study.

3. After the Fundraising Feasibility Study is completed, will the fundraising consultant share name-level data with the organization?

Most fundraising consulting firms will tell you they must be the ones to confidentially interview your top prospects as part of the feasibility study, in order to ensure truthful answers and objectivity.  Further, you will be told that in order to protect the confidentiality of the respondents, they only report consolidated data to the client.  They will not share “who said what.”

Let’s see how that plays out.  Suppose you want to launch a $5M capital campaign for a new building.  You hire a fundraising consultant who says the first step is a Fundraising Feasibility Study.

As part of the study, they meet with 40 of your most loyal supporters.  Thirty-six respondents (90%) are thrilled with the project, and indicate they would be willing to support it should you move forward with a campaign.  Only four (10%) have deep reservations.  Sounds like a green light, right?  Not necessarily.

Meanwhile, the four multi-million dollar prospects admitted to the consultant that they were very negative on the project.  Wouldn’t you want to know that?  Wouldn’t you need to know, on a name-by-name basis, whether those individuals with the capacity to make-or-break the campaign were among the supporters or naysayers?  Before meeting with them to ask their support, wouldn’t you want to know on a name-by-name basis any reservations they might have?

Of course you would.

But under the guise of ‘respecting confidentiality,’ many development consulting firms withhold this information.  In reality, they are reserving leverage, indicating with a wink that if you extend the contract—if they are the fundraising firm chosen to manage the subsequent capital campaign—this information will be quietly shared with the client.

Bottom Line: Is this a firm you want to do business with?

4. Does the fundraising consulting firm insist they must be the ones to conduct the Feasibility Study interviews?

Again, under the guise of ensuring objectivity, most consulting firms will tell you they must be the ones to confidentially interview your top prospects as part of the fundraising feasibility study.

It’s OK to question that logic.

Asking for a major campaign gift is like asking for your beloved’s hand in marriage. You’ve dated for a while and now it’s time to pop the big question. In this situation, would you want to hire somebody to ask on your behalf?
Of course not.

The analogy holds for capital campaigns and major gift fundraising.  The Feasibility Study interview should be a personal heart-to-heart conversation between the organization’s top administrators and top donors who care deeply about your ministry.  These are the supporters who have been with you for many years.  They have recognized the difficult work you do and helped you grow.  Having nurtured the relationship, trust that they will be honest with you.

Bottom Line: ask the fundraising consultant whether he or she will allow administrators to accompany them on the feasibility study visits.  If the answer is “no,” it’s OK to question their rationale.

5. Once the campaign is underway, will the fundraising consultant accompany administration on solicitation calls?

Presumably, organizations hire fundraising consultants because they need help with major gift solicitation.  The only way to learn the art is by accompanying someone who does it well.

Bottom Line: Granted, you may not want the consultant to accompany you on every visit, but if a firm refuses to accompany you on at least 20 – 40 visits, chances are they either lack this expertise, or have a process that sidesteps hands-on involvement in order to minimize their time investment.

6. Will the firm agree to use the organization’s existing development database to identify major gift prospects and track solicitations?  Will they teach you how to use your system for an efficient campaign?

Nearly all charitable organizations now use professional development software for donor relations and gifts, software such as Raiser’s Edge, DonorPerfect, eTapestry, DonorSnap, etc.  To execute an efficient campaign, it is always best to use the non-profit’s existing system by simply adding the needed fields and codes to identify major gift prospects, pair solicitors and prospects, and track solicitations.

Because this requires extra time and expertise on the part of the firm, most sidestep this critical part of campaign preparation and execution.  In its place, they rely on multiple spreadsheets and Word documents to run the campaign.

This is inefficient, an incredible drag on the productivity of the organization’s development and support staff.  More critically, when the campaign is finished, the non-profit’s main database will be devoid of any solicitation notes beneficial for ongoing cultivation and the next capital campaign.  For example, wouldn’t you want to see in a donor’s permanent record who solicited them? What they said? What excited them about the project? What plans they expressed for their estate?

Unfortunately, many fundraising consultants do not concern themselves with helping the organization develop a long-term knowledgebase of their constituents.  With this attitude, the only data that makes its way into the permanent database is the amount of the pledge and subsequent payments.  Any ‘soft data’ that tells you what motivated the gift, who solicited it, etc. is lost to history.

Bottom Line:  Your development database is more than a record of gifts.  Think of it as the institutional diary, documenting the relationships between your representatives and the people who support you.  Ask if the firm has experience with your software and is willing to run every facet of the campaign using the existing database.  With few exceptions, if they refuse, chances are good they are a ‘get in, and get out’ firm more concerned about their profitability than your long term success.